What sources of revenue to states rely on?

According to the Census Bureau's state tax revenue database, in 2016 there were 12 states where least half of the tax revenue came from personal and corporate income taxes, while 20 states received at least half of their revenue from sales and gross receipts taxes. Property taxes represent a minor source of revenue, only exceeding one third of total revenue in Vermont and the District of Columbia:

States tend to rely either on sales or income taxes: 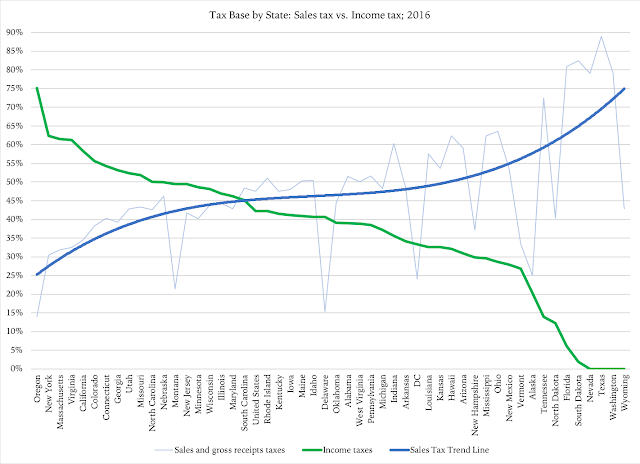 Due to the absence of an income tax, the Wyoming tax system is more slanted toward a combination of sales and property taxes than the U.S. average:

Wyoming has the third highest dependency on the Other tax category, which includes severance taxes: