Figure 1 below reports venture-capital investments per business establishment in all 50 states, over a period of eight years: 2009-2016 (columns, right-hand axis). For comparison, real private-sector growth rate is also reported (line, left-hand axis) for the same period of time, and also for all 50 states. The 400 resulting pairs of data are then grouped by deciles, from highest to lowest amount of venture capital per business establishment. 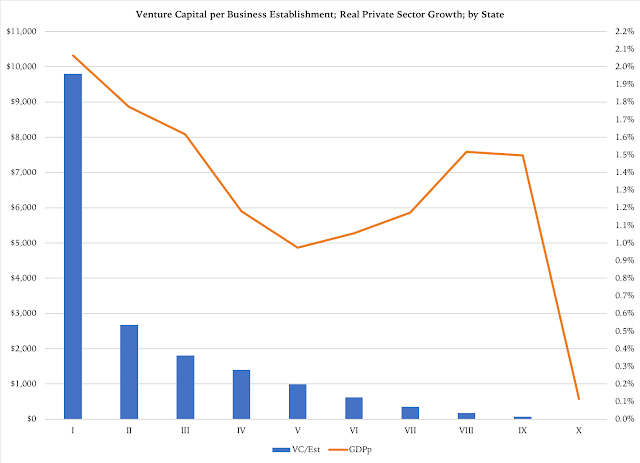 
The correlation is imperfect, but does suggest that states that attract considerable amounts of venture capital relative the size of their private sector, tend to see more growth in their private sector.
Posted by Sven R Larson, Ph.D., Political Economist at 2:18:00 PM