Never bark at the Big Dog. The Big Dog is always right.

Beware. Be vigilant. The big spenders are back.

All it took for the spendoholics to cork up another bottle of taxpayers' money is the latest CREG assessment of state government revenue. Reports WMOT Roots Radio:

Before we continue, let me point out that this is not $141 million that suddenly fell into the legislators' lap. It is not manna from heaven. It is only an upward adjustment of a revenue forecast. Yet for those who wish to continue spending frivolously, this is a good chunk of what they could wish for.

Then Governor Mead sits down at the table with his tax-and-spend buddies in the legislature. And when he starts talking, things get a bit strange. Let's listen to him, courtesy of WMOT:

After massive budget cuts over the last couple of years, [Governor] Mead feared that when the 2018 budget session rolled around that the state would be facing serious cuts in education and more cuts in government.

Really? The governor was really expecting another tough revenue year?? Then why has he been backing massive spending programs like the pie-in-the-sky WyoFlot project and his new workforce development program? If he really thought we were heading for another dip in revenue, then given our credit downgrade this past spring, should he not have been a tad more frugal with taxpayers' money?

Quite frankly... I mean no disrespect to our state's chief executive, but I do not believe Governor Mead ever expected a decline in revenue. I am convinced that he thought, all along, that we would come to a turning point where he and his tax-and-spend buddies in the legislature could get back to business as usual.

Then WMOT delivers a quote from the governor that reveals, quite effectively, his view regarding government in the economy. This one is a statist home run:

No, governor, with all due respect: there is no "standard budget" you can define independently of the economy or even tax revenue. There is only one standard government budget, namely one that meets two necessary conditions:

1. taxpayers can afford it, and
2. it only spends money on the protection of life, liberty and property.

It will be a long time before we get to a budget that can meet the second condition; for now, the first condition applies strictly. Its implication is that whenever there is a decline in tax revenue, and the private sector goes into a tailspin as it did for two years here in Wyoming, then government must structurally adjust itself to the private sector's new, stable level of activity.

This is not just a discussion of high theory and abstract ideas. This is very much a debate about real-life economic issues, the kind that affects people's lives on a daily basis.

The welfare-statist thinking that is embedded in the governor's "standard budget" reasoning is a formidable problem. If you think your goal is to raise enough revenue to pay for a "standard budget", then you believe that there is a level of government that should exist intrinsically - independently of the performance of the private sector.

If the governor were referring to a state budget limited to the protection of life, liberty and property, well, then this would not be much of a problem. But in Governor Mead's case, there is a lot more going into this. His idea of a standard budget encompasses egalitarianism, i.e., the idea that government should engage in economic redistribution from rich to poor.

Otherwise he would not have insisted on entitlement programs such as Medicaid Expansion. He would not be opposed to school choice.

The talk about a standard budget and the need to feed that budget, is a spendoholic battle cry.

Fortunately, there are some common-sense minded voices out there. Back to the WMOT article:

Senate Appropriations Chairman Bruce Burns points out that legislators will still be using reserve funds to balance the budget. Burns says the long-range CREG forecast shows that revenues will not return to where they were a few years ago, so there is only one solution. “There’s no question we are going have to be cutting more to get down to what the new reality is gonna be.”

Senator Burns has a good basic attitude to our state's fiscal problems. Unfortunately, Governor Mead has some influential friends in the legislature, such as...

Speaker of the House Steve Harshman disagrees. “No, I think we are about done cutting.” Not an insignificant voice in all of this, Harshman says lawmakers have already cut a lot. “When you look at our general fund budget it’s over 13-percent smaller when you inflation adjust it from the 2003-2004 budget, so we’ve got one of the smallest budgets now that we’ve had in many, many years.”

How many more bottles of taxpayers' money does Speaker Harshman want to cork up?

Wait. Don't answer that. It's pointless. Instead, let's do a reality check of his point about government spending being constant when adjusted for inflation.

In current prices, this is an increase by 96 percent. If total state spending had increased at an inflation-adjusted rate (calculated based on the chained-price state GDP rate from the Bureau of Economic Analysis), total state spending in 2015 would have been $4.23 billion.

In other words, actual spending is about 51 percent higher than it would have been if it had been constant when adjusted for inflation.

In fairness to Speaker Harshman, he only referred to the General Fund, and he stretched out his comparison to 2017. There is no Census data yet for that year. Therefore, we don't quite know how big the deviation is right now between actual spending and what Speaker Harshman thinks it is. However, it is a good bet that the discrepancy between his imagination of spending growth, and actual growth, is no smaller now than it for 2015.

Besides, when we talk about government spending, it is always a good idea to count all government spending, not just the part that makes you look good. (And please note that we have not even accounted for federal funds going into the state budget.) To make this point in terms that the spendoholics understand:

While we wait for an answer to that question, let us once again listen to Speaker Harshman, as the WMOT reports:

Harshman says the revenue numbers tell him that large cuts to education are no longer necessary and he thinks there are some cuts they might want to go back and re-visit. “I know there’s a cut to the cervical cancer program, I just know that will go back in. I think the Department of Health which has 40-percent of the state’s budget, it's been cut dramatically. Care for our elderly, that’s going to be the next big issue in our state over the next ten years. So I think all those are things folks will look at.”

In other words, the ink is not dry yet on the CREG's "new normal" report - the report that says there is no increase in tax revenue to be expected - before the legislature's spender in chief is out there promising to give away even more of the money he does not have.

Finally, a word from the only spendoholic in the legislature that can give Speaker Harshman a run for taxpayers' money. Ladies and Klingons, WMOT brings you Senator Rothfuss:

Senate Minority Leader Chris Rothfuss loses patience with those who want to cut more. “The reality is that over the last few budgets we have cut so significantly and so substantially that it will cost future legislators just to get us out of the holes we are putting ourselves in.” Rothfuss sites delayed maintenance and prevention programs as issues that will cost the state down the line.

I have news for Senator Rothfuss. Taxpayers are losing patience with him and other spendoholics. How many different ways can we explain to the esteemed House Speaker and the Senate Minority Leader that there is no more money to get from taxpayers? 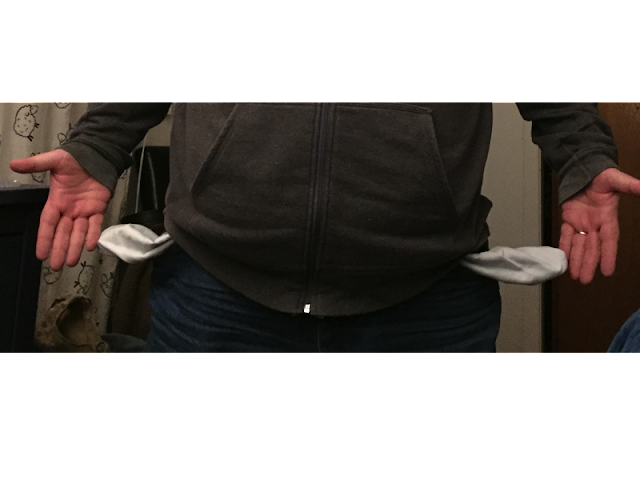