Sometimes, God offers us a contrast on life that wipes away any doubts, any hesitation. Today, Friday, I had the opportunity to participate in the March for Life in Washington, DC (thumbs up to my son who suggested I join him!).

While a couple of hundred thousand Americans from all walks of life, of all ages and backgrounds, joined for a march in celebration of life, legislators in Wyoming are considering - and have so far been generally favorable to - two bills that go exactly in the opposite direction: HB122 legalizing euthanasia, and SF88 which would create a death panel under the Wyoming Department of Health.

Normally, I concentrate my blogs on the Wyoming economy, which offers a rich supply of topics to write about. Under different circumstances I would probably not bring up HB122 and SF88, but for two reasons I find these two bills so important that they deserve their own blog.

The first reason is philosophical. There is no more important aspect of a person’s freedom than the line between life and death. If there is any part of our existence we want to keep free of government, that is it. Disturbingly, we as a society have increasingly strayed from that principled foundation. In the last couple of decades, government has gained a foothold in this realm of our lives where only God belongs.

Globally, we have seen infringements on people's most sacred liberty in countries with socialized health care. There, government has institutionalized practices according to which its officials can decide who lives, and how dies.

We know these practices in two forms:


These are health-care rationing methods, used by many European governments because their welfare states have made more promises than they can keep. As a result, government costs more in taxes than the private sector can afford to pay for. Instead of acknowledging its do-good overreach, many of Europe's governments take it upon themselves to select among its citizens who will get health care, and who will not – even if the consequence of a denied-care decision is that the patient dies.

Thankfully, the QALY method has never been incorporated into American health care. Death panels, on the other hand, made their way into theAffordable Care Act. With President Trump and Congressional Republicans working hard to repeal and replace the ACA, one would hope that the Death Panel idea would pass on to greener pastures.

Unfortunately, that is not the case. While this cynical government instrument for life-or-death decisions may be on its way out in the Congressional trash bin, legislators right here in Wyoming have begun advancing Senate File 88:

In other words, a death panel. The bill, which has been received for introduction, wants the panel to:

Sounds innocent enough, does it not? After all, what can be so bad with maximizing “effectiveness” of palliative care?

There is just one little caveat here. The word “effectiveness” is defined in the bill as “making comprehensive and accurate information and education about palliative care available to the public”. But why does government have to step in and make sure the public – in other words we – have “accurate” information about end-of-life health care? Are we all incapable of talking to our doctors and relatives about that?

Of course not. SF88 has nothing to do with patching an important information glitch in our lives. Its motive is far more sinister than that, and is linked to the formulation about maximizing effectiveness  in palliative care. By making this the prime purpose of the bill, its sponsors basically say that heath care providers in Wyoming are not being effective enough in providing end-of-life care to their patients.

This is where my second reason for discussing SF88 and HB122 surfaces: the economic dimension of end-of-life health care.

Whenever someone suggests that government should be involved in people's life-or-death decisions, and whenever that government involvement is motivated by effectiveness maximization, it means one thing, and one thing only:

It is no secret that end-of-life health care is disproportionately expensive compared to health care provided at other points in life. This, however, is logical: end-of-life care has to do with the most complicated health condition of them all, namely our possible, pending or likely death. If we value life as sacrosanct, it is only logical that we spend a disproportionate amount of our health care dollars right there.

The sponsors of SF88 apparently disagree. Senators Scott and Baldwin, and Representatives Henderson, Kinner, Kirkbride, Pelkey and Schwartz, apparently believe that we as residents of Wyoming need to be more "effective" in how we spend on health care.

But wait a second: if I have private insurance, then what business is it of the Wyoming state government's to get involved in what my health care providers do for me, and what my insurance company pays for?

One answer could be that SF88 only applies to Medicaid, which is run by the state. There is just one problem: there is nothing in the bill that restricts its authority to government-run health insurance programs.

To get an idea of what the SF88 sponsors really have in mind, let us bring in HB122, the "death with dignity bill" that my good friend Dan Zwonitzer sponsors together with Representative Pelkey. The second sponsor is, as we just saw, also behind SF88, which gives us a good reason to believe that the two similar topics of the bill is no coincidence.

If SF88 stood alone, its purpose would be 80 percent fluff and 20 percent real legislative power. If we add HB122, however, the balance quickly shifts in the opposite direction. The purpose of HB122 is, bluntly:

In other words, the board for palliative care proposed in SF88 is now supposed to have the authority to write and oversee rules and regulations about when and how a health care provider can end a patient's life.

Please note that as written, HB122 does not mandate patient consent before he or she is given life-ending medication. There are several procedural requirements, but not one of them states that the patient must approve of the euthanasia drug.

Why does HB122 not include this mandate? There is only one explanation, and it is found in SF88. Together, these two bills aim to reduce the cost of health care by significantly cutting down the provision of end-of-life care. The reason for this, in turn, is that the bill sponsors want to open for a radical expansion of government-provided health care in Wyoming.

Stop shaking you head in disbelief. This is not as far-fetched an idea as it might seem. Senator Scott, lead sponsor on the Senate side of SF88, has long been pushing government-run health care in Wyoming. His program Healthy Frontiers was brought up several years ago as a Medicaid expansion of sorts, essentially with an open-ended commitment to providing more and more health care on taxpayers' tab. (For full disclosure, I was part of the effort to stop Healthy Frontiers.)

I have no pertinent information to suggest that a government-expanded provision of health care is on its way in Wyoming, but given Senator Scott's historic interest in the issue, and given the combined implications of SF88 and HB122, I have to raise the issue.

In fact, without an expansion of government-provided health care, SF88 and HB122 make even less sense. The money they would save the state by allowing euthanasia (with or without patient consent) would not affect taxpayers, except for the portion covered under Medicaid. Since the bills are not limited to Medicaid patients, they make even less sense unless there is a Healthy Frontiers-style idea lurking in the shadowy corners of the legislature. Once the Affordable Care Act has been repealed - watch out!

As an upbeat contrast to this somewhat depressing analysis, here are some pictures from the 44th March for Life, January 27, 2017. Enjoy!
Countless friends of life listen to Vice President Mike Pence: 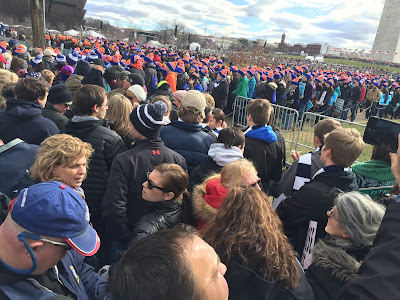 The march begins. Does it ever end...? 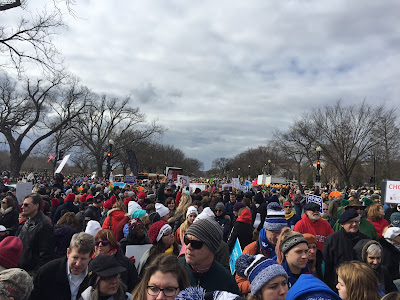 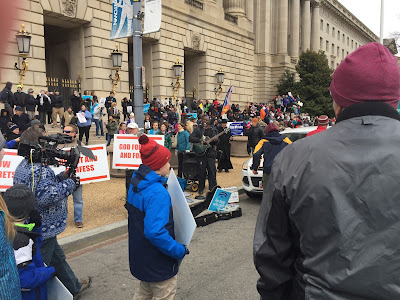 Slowly making our way up toward Capitol Hill and the Supreme Court building: 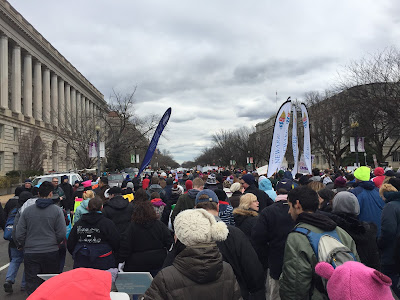 We filled all of Constitution Avenue - and the sidewalks... 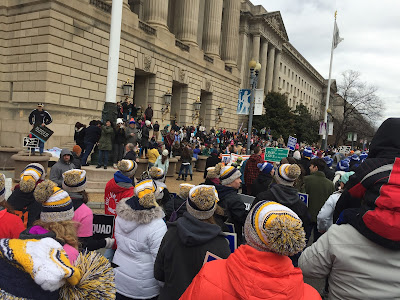 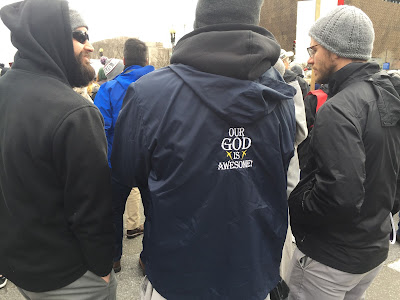 I was amazed by the number of young men and women, teenagers and even younger kids in the march. They were from all backgrounds, all walks of life, all corners of America: 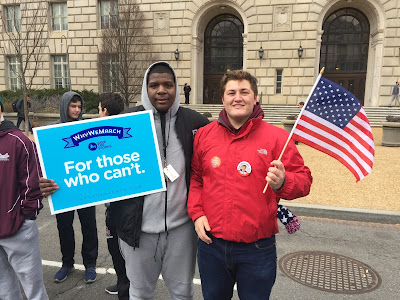 Words our state legislators might want to take seriously: 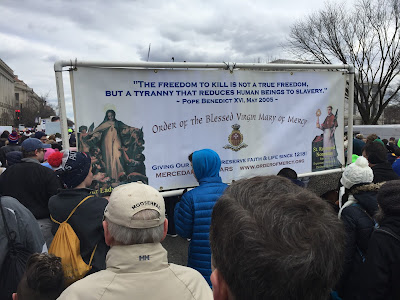