Are We Really Better Than Texas?

Wyoming is a great state to live, and in many ways that freedom we so often associate with the American Way of Life is still a reality out here.

A question for all you Wyomingites out there: what do we get in our state that the average American does not (average state-local government revenue share of GDP is 20.7 percent), and even more so, what do they sacrifice in Texas - if anything - where the same number is only 15 percent? 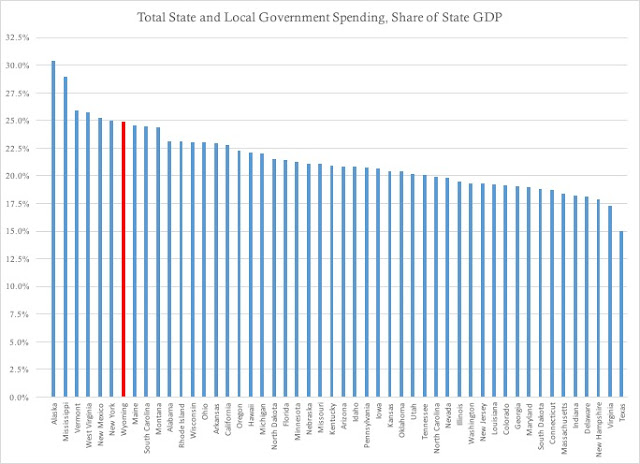 Sources: Census Bureau; Bureau of Economic Analysis. Numbers are from 2013.